Epic Games and Marvel announced a cooperation today. Because, a fragment of the zero point has landed in the Marvel Universe. Both worlds meet in this crossover at the hunt for the zero-point splitter.

The crossover is in the form of "Fortnite X Marvel: Zero-point war" told, a new comic series in five volumes.

The comics will be distributed in June in a print format in comic shops and digitally via the Marvel Comics app and Marvel Unlimited. 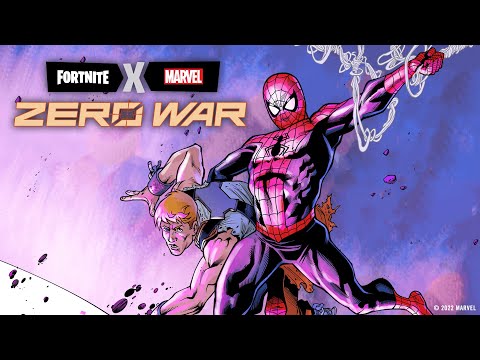 For Fortnite, each band will contain a code that allows players to unlock a cosmetic item.

On June 8th, the first issue of the comics will appear and contain a code for an outfit inspired by Spider-Man.

Who solves all five codes, can even unlock an additional outfit. But this is also offered alternatively in the Item shop of Fortnite.

Dates for the publication of comics:

Marvel has also released a trailer. In addition, there is still a FAQ on the Fortnite page with answers to the crossover event.